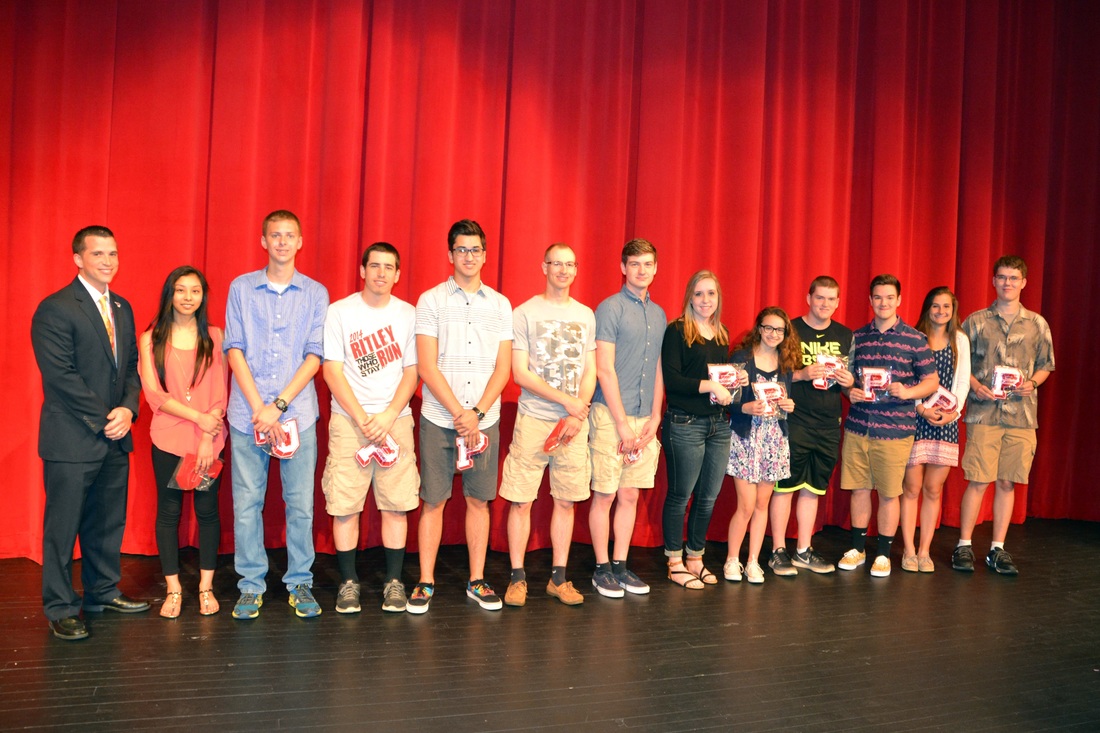 The Perry Academic Booster Club supported Perry Middle School 6th grade science teacher Angela Germano's project "School Safari: Creating Wildlife Biologists."  This project provided students the opportunity to not only see animals up close but to let them see different scientists and what they do every day.... read more

On October 24th, 2015, Perry High School hosted the Northeast Ohio VEX Robotics Competition. The event was held in the Pirate Athletic Center field house. Thirty two teams from across Ohio were in attendance, along with a team from Pennsylvania. The thirty—three teams competed with their robots in the hopes of getting either one of the three Tournament Championship trophies, or using their documentation of their work and an interview in order to achieve the Excellence Award, both of which allow the team to progress to the state championship competition in March.

The VEX robots are designed to play a game, and the game itself changes each year. The name of this year’s game is Nothing But Net, where the robot needs to be able to fling four-inch balls into a net three feet above the floor. There is a size-constraint; each robot cannot be larger than an eighteen-inch cube, and use no more than twelve motors to power it.

The morning consisted of 6 qualifying rounds per team, which help to rank the teams for the elimination rounds in the afternoon. After lunch, the top eight-ranked teams formed a three-teamed alliance in order to try and win the title of Tournament Champion.

​In the finals, each Perry team was selected for an alliance. However, the winners of the tournament included only one Perry team – 7221R – whose team members consist of Natalie Allen, Austin Lepard, Mack Blaurock, and Stephen McGuire. They were teamed up with two teams from the Youth Technology Academy, 1270D and 1270C, in order to win. The new state-wide high score was set in one of the final rounds.

Please read the current edition of the Perry Academic Booster Club Newsletter to learn more about the many academic extracurricular activities in Perry Local Schools.  Download the newsletter (PDF) here.

The Perry Academic Booster Club would like to gratefully acknowledge the Perry PTA for their generous $2,500 donation to support startup expenses and academic extracurriculars in Perry Local Schools.  This donation is reflective of the Perry PTA's mission to bring parents, school staff, and the community together on programs and activities that benefit our children.

The Perry Academic Booster Club would like to gratefully acknowledge the Perry Alumni Association for their generous $500 donation to support startup expenses.  This donation demonstrates our alumni's continued support of academic excellence in Perry Local Schools.